Move aside Mona Lisa. Had an eyeful of the Eiffel? Here's our inside guide to the best kept secrets in Paris. Uncover our favourite collection of Paris hidden gems.

Looking for some Paris itineraries? Check out how to spend 4 days in Paris here and our guide to a weekend in Paris over here. Oh, and we also have a shopping guide to the best souvenirs in Paris and an inside guide to the best hotels in Paris with a view of the Eiffel Tower here. Bon voyage! After being at the centre of so much history, drama and good food for so many centuries, Paris overflows with secret spots. The quickest way to find the best hidden gems in Paris is to book onto a tour, like this one from Get Your Guide on Unexpected Paris.

However, if time is on your side, explore these ideas one by one.

The best, the most curious, the life inspiring and the downright perplexing hidden gems in Paris. Allez!

For a more (ahem) immersive experience, strip off and head to the Hamman at the Paris Mosque (although not in that order.) Once you've recovered from the vigorous black volcanic scrub and in-depth steam among strangers, recuperate with honey-soaked baklava in the Moorish-inspired café outside.

The Tour Montparnasse may not win any beauty awards, but it makes up for all that with its view from the 56h floor. Peach, ruby reds, canary yellows and lavender blaze across the sky as the sun goes down, lighting up the Eiffel Tower and the sparkling grid of Paris around it. You can dine at Europe's highest restaurant, the Ciel de Paris, if you book in advance and brace yourself for an international rather than local crowd. Cocktails, scallops and sunset over the City of Lights, what's not to like? (There's also a viewing platform, too, if you don't feel ready to dine.)

Known as the world's most visited cemetery, Père Lachaise has over 70,000 ornate tombs of the famous and rich within a sculptured garden on over 100 acres of land. Notorious graves include Oscar Wilde in his suitably flamboyant graffitied tomb and Proust in his befittingly un-ostentatious grave. Jim Morrison can be found surrounded by devoted fans who scribble lyrics onto the trees by his resting place.

It's a big place. so if you're looking for someone in particular, it's useful to carry a map with you.

Or, alternatively, book onto a walking tour and get more out of your visit that way. Reputable company Get Your Guide sell group walking tours of the cemetery or, for a little extra, you can book onto a private guided tour or Père Lachaise. The Marie Curie Museum: The best hidden gem in Paris

A small and fairly quiet affair, The Maria Curie Museum lies on the leafy streets of the 5th Arrondissement in Paris. It was renovated in 2012 with a donation from Marie's daughter, Ève Curie, and you can find the official site here. Originally housed in the Curie's old laboratory, it's an inspiring tale of the only person (not woman, person) to have won two Nobel Prizes in two separate science subjects. It also offers a surprise glimpse into the French beauty secrets of the past...when radioactive beauty treatments were for sale.

Fly in a Hot Air Balloon

When the summer arrives and the heatwaves descend, Paris greets July with four weeks of The Paris Plages.The banks along the Seine swap traffic for treats, as ice cream sellers, concerts and sandy beaches create what you could call a "Seine-side holiday." Grab a deckchair, borrow a book or take up beach sports and kayaking.

Despite the claims of the Da Vinci Code, you can't exactly find a Rose Line here which represents a pagan temple. Why do I say not exactly? You'll have to visit to find out why.

THE CATACOMBS OF PARIS

The Paris Catacombs started life as quarries, which were then converted into a cemetery by order of Napoleon Bonaparte in 1810. A visit reveals floor to ceiling patterns of skulls and long bones and it's a chilling thought to realise that the site's use as a burial ground only ceased in the mid-20th century. The Catacombs have been open to the public since April 18th, 1973 and you can visit this, one of the most hidden spots in Paris.

La Clignancourt is a historical flea market in Paris and the second largest flea market in Europe after London’s Portobello Road. It's open to the public on Saturdays, Sundays and Mondays and you can easily spend half a day here.

The Musée National du Moyen Age - Thermes de Cluny is a medieval museum in Paris, with rather a mouthful of a name. It was opened in 1882 and it is considered one of the most important museums for medieval art in Europe. So why do I consider it to be one of the hidden gems in Paris? Because hardly anyone I know visits! It contains collections from the Middle Ages such as sculptures, paintings, furniture and stained glass windows.

In short, it's a blissful, peaceful hidden spot in Paris.

Le Jardin des Plantes also has a museum inside called Musée National d'Histoire Naturelle (MNHN). MNHN is one of the largest natural history museums in Europe with over 35,000 specimens of animals both living and extinct. The collections at MNHN include minerals, fossils, insects, butterflies, mollusks and crustaceans. 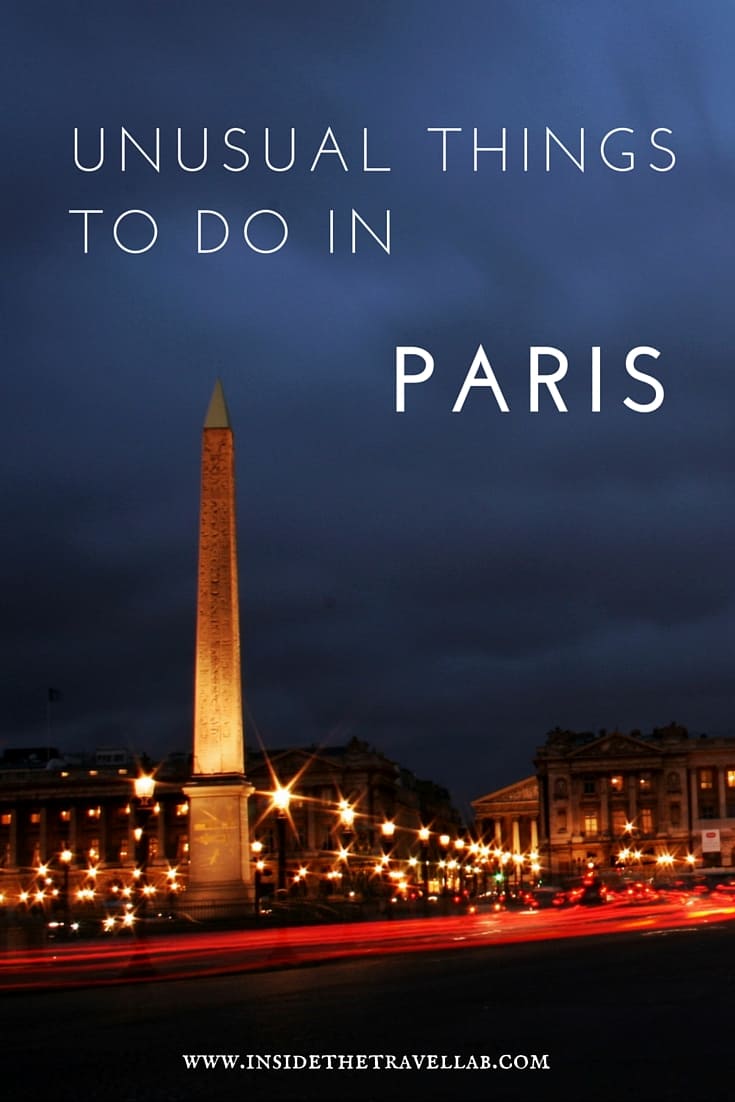 What do you buy for someone who loves Italy? Why authentic Italian END_OF_DOCUMENT_TOKEN_TO_BE_REPLACED