Here's your painkiller recipe, fresh from the British Virgin Islands, with Pusser's Rum and the curious story of the rum rations in the navy. The STory of The Painkiller Cocktail

They say you never forget your first one. Sat in the sunlight at the end of a day's work in the British Virgin Islands, I sipped the painkiller and mused about the past.

The drink itself involves a strong mix of Pusser's Rum topped up with coconut, zesty citrus and nutmeg. As I sipped my first, a deep-tanned woman moored her boat and strode past me, pausing only to tell me this:

"The real ones aren't from here," she said with a flick of long hair. "They come from Soggy Dollar on Jost van Dyke Island."

As with all good food and drink stories, the original painkiller recipe is in dispute. But there's no argument here that the rum should be Pusser's. And there's a strange tale behind that story... The island of Tortola is known for its sailing coves and the island's main rum base seems almost indistinguishable from the old British Navy.

Back in the day, from 1655 to as late as 1970, sailors received rum as part of the daily rations: a single tot daily, and two before battle.

The man in charge of the operation was called the "Purser" but over time this linguistically slipped to "Pusser's." And now, you'll find Pusser's Rum with the British Navy flag all across the islands.

Perhaps by coincidence, or perhaps not, the painkiller cocktail came in to existence just as the real Purser's Rum came to an end.

Sailors called the end of the practice Black Tot Day and while they may have mourned the passing of the habit, the rest of us slept better as a result.

That's also a feature of drinking a Painkiller; this is not a gentle tipple.

But what about the Soggy Dollar?

My new friend was right, the painkiller recipe does originate from the Soggy Dollar bar on Jost van Dyke Island (also part of the British Virgin Islands.)

And like the rum before it, the bar has its own story, too.

It's a swim-up bar, typically for people from boats, leading to the soggy dollar, the name and the subsequent history.

On Tortola, however, it's easy to stay dry. And the painkiller itself slips down, oh, so easily, along with its side-serving of sunshine and naval history.

And the best part about it? It's a slice of the Caribbean you can easily bring home...

HOW TO MAKE A PAINKILLER COCKTAIL, CARIBBEAN STYLE 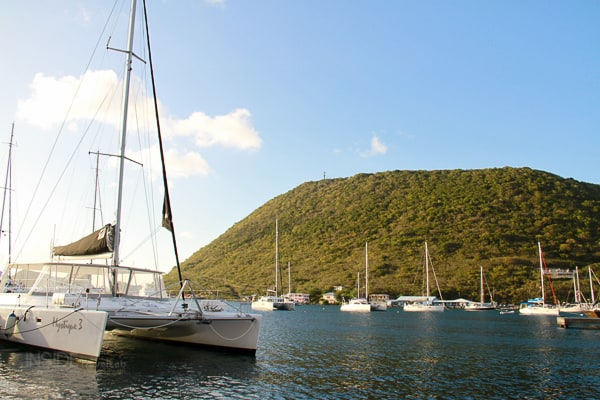 Disclosure: I visited Tortola as a guest of  the British Virgin Islands and Elite Island Resorts but as ever, as always, what I write here is up to me. And what I drink ;-)

Looking for more Caribbean recipes? Check out the collection of Bajan recipes over here, including flying fish and cou cou.

Enjoy our guide to the best Dominican Republic food, from what to END_OF_DOCUMENT_TOKEN_TO_BE_REPLACED