Don Quixote in Spain: Windmills and the World’s Oldest Novel in La Mancha 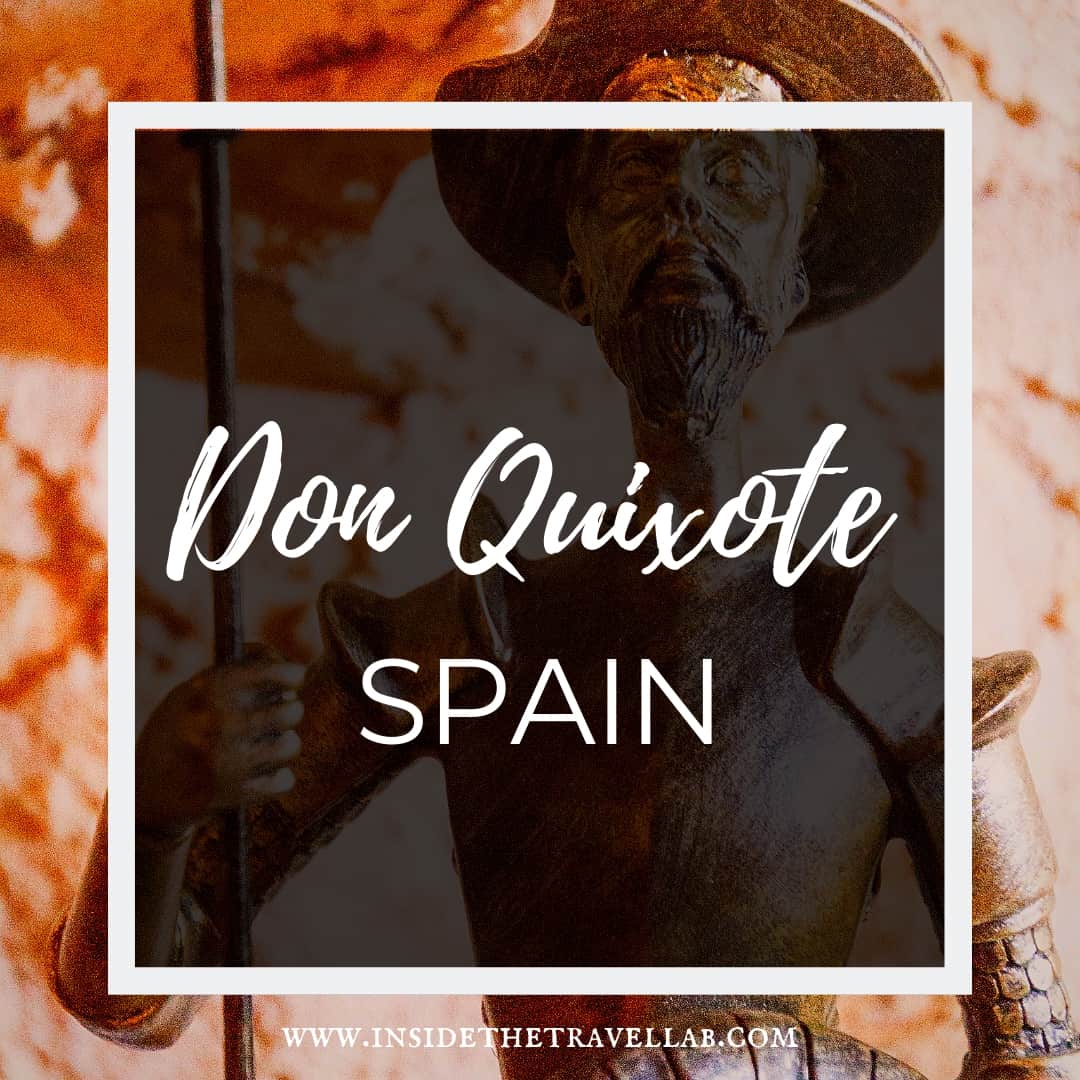 How to Explore Don Quixote's Spain

Don Quixote's Spain served as a fitting backdrop for the world's oldest novel: one ill-fated quest to restore chivalry to the world. Poetically, today's La Mancha still reflects that pioneering literary age. From the "Don Quixote windmills" to the home of Cervantes himself, grab a sidekick and let's travel through those magnificent Spanish plains...

Don Quixote: Why was he important anyway?

Back in the time when men wore tights and puffy-ruffled adornments around their neck, the world of literature exploded.

That should probably read as arguably published the world’s first novel, since when it comes to world firsts, people argue about just about anything.

But as strange as it seems today, until 1605, no-one had thought to tell a story that featured ordinary people, doing ordinary and extraordinary things in a manner that you simply sat down and read.

There were plays, of course. Chapters from the Bible and Qur’an had made the rounds for sure.

There were songs and romances and illustrated text but until this point, stories seemed to take on what we would probably describe today as the over Hollywood-ified effect: heroes always perfect, women giving birth without batting an eyelid or waking from a coma in intensive care with nothing but a flutter of the eyelids, no mention of the tubes, drugs, swelling and distinct lack of mascara applied in such situations.

Through the two tomes of The Ingenious Gentleman Don Quixote of la Mancha, Cervantes showed human frailty, hunger, greed and general ridiculousness in an epic satire of high society Spain at the time.

The legend of Don Quixote is so widespread that cartoons, comics, children’s books and Aaron Sorkin’s Newsroom feature the story. It’s embedded within Spanish folklore and the literary world at large.

Don Quixote: the ill-fated hero who set out on an epic quest to restore chivalry to the world.

Nowhere is this more apparent than the windswept hills above Consuegra, where staunch windmills sit frozen still above the plains.

In Search of the Don: The Don Quixote Windmills in Consuegra

The Don himself roams around in 21st century Spain, accompanied by his sidekick Sancho and leading throngs of plastic-sworded children who shriek and squeal with delight.

These iconic mills, once a key part of industry for the central region of Castilla La Mancha, still play a starring role: they’re the objects that Don Quixote mistakes for giants as part of his misguided quest to conquer evil.

Esquivas: The Country Home of Cervantes

Another key point on the Miguel Cervantes trail is his former home in Esquivias, where armour, axes and white-washed walls lead to a worn wooden desk and perfectly poised quill.

Shakespeare’s birthplace, meanwhile, back in Stratford left a rather different impression. Creaking with dark Tudor timber, sloping ceilings and shared space between the sleeping area for children and shop front for selling gloves, it’s a wonder the man found the space, let alone time, to sit down and write anything at all.

Cervantes, by contrast, married into wealth and his Iberian estate reflects that. The wine cellar alone dwarfs Shakespeare’s living quarters.

Plus, Shakespeare never had a Hamlet-shaped damp patch appear on his bodega wall.

Beyond the Ghosts: Don Quixote Live in Almagro

Yet it’s not all about literary ghosts in these parts. The deliciously Spanish village of Almagro, lifted straight from a film from Almodovar, still hosts a Festival of Classical Theatre each year. Swelling the population from 9000 to over 60 K, theatre-goers descend from around the world to see the work of Cervantes – and even a spot or two of Hamlet.

And a walk through its cobbled and flat-faced church-steepled streets shows even more of Almagro’s theatrical past.

The purple-swirling, gilt-edged curtains of the Teatro Municipal offer a glimpse into the chandelier-swinging heyday of theatres in the 19th century.

And the white-and-wood-timbered Corral de Comedias de Almagro travels even further back. As the only one of its kind remaining in the world, this 17th century masterpiece reveals the open air layout where the works of Shakespeare and Lope de Vega used to tread the boards: men in tights and ruffly neck parts included.

Lopa himself was a fierce rival of Cervantes, and indeed you can visit his home in Madrid’s literary quarter, close to the unmarked grave of Cervantes.

But out in Almagro, Consuegra and Esquivias, there’s only one literary giant’s name in town. Disclosure: I love Spain well and have visited many times and even lived there for a while. On this occasion, I visited in partnership with iAmbassador and Castilla La Mancha. As ever, as always, I kept the right to write what I like.

So, do you know the story of Don Quixote de la Mancha? Would you read it? Of all the Balearic Islands, Ibiza knows how to party. Or so END_OF_DOCUMENT_TOKEN_TO_BE_REPLACED

Shhh... Spain likes to keep some things to herself. For how else END_OF_DOCUMENT_TOKEN_TO_BE_REPLACED