Unusual things to do in the Cotswolds

Unusual Things to do in the Cotswolds, England

England’s stunning honey-stoned Cotswolds bask in their reputation for combining muddy walks with roaring fires and great food at the end of the day.

And while these are great things to do in the Cotswolds, they aren’t the only things.

When it comes to the top attractions in the Cotswolds, you’ll often be guided to the world of Jane Austen and the UNESCO World Heritage Roman Baths in Bath.

And with good reason. Bath remains one of my favourite places to visit in England and, well, the idea of Mr Darcy continues to swoop and swoon around the world.

But that’s not what many who live in England think of the Cotswolds, even if it may be technically true.

Where are the Cotswolds?

Sure, the green and grassy area crosses the boundaries of Oxfordshire, Gloucestershire, Wiltshire, Somerset, Worcestershire and Warwickshire.

But it’s life away from the cities that signals the Cotswolds to many. Cutesy villages with crumbling walls. Thatched cottages. Winding lanes.

Real ale served in swashbuckling tankards. With a hint of style and luxe that allows people like Beckham, Kate Moss and Kate Winslet to call it their rural home.

Here I bring you a handy cheat sheet of beautiful and unusual things to do in the Cotswolds, with a perfect weekend itinerary to help you over here.

Psst - looking for an unusual place to stay in the Cotswolds? How about this glamping pod for a dog-friendly weekend in Moreton in Marsh?

Alternative Things to do in the Cotswolds From grand to tha

Not entirely as daring as it sounds, it’s still possible to swim outdoors at Cowley Manor or indoors amid their floor to ceiling glass panelled pool. Follow in the Footsteps of J.K. Rowling’s Casual Vacancy

Pop on the hiking boots for a very easy and leisurely stroll around Northleach where J.K.Rowling's Casual Vacancy was filmed.

Expect centuries-old coaching inns, ivy clad houses and the best Sunday roast served this side of the Thames at The Wheatsheaf.

And if meat doesn’t happen to be your thing, check out the cauliflower and sundried tomatoes. Delicious. 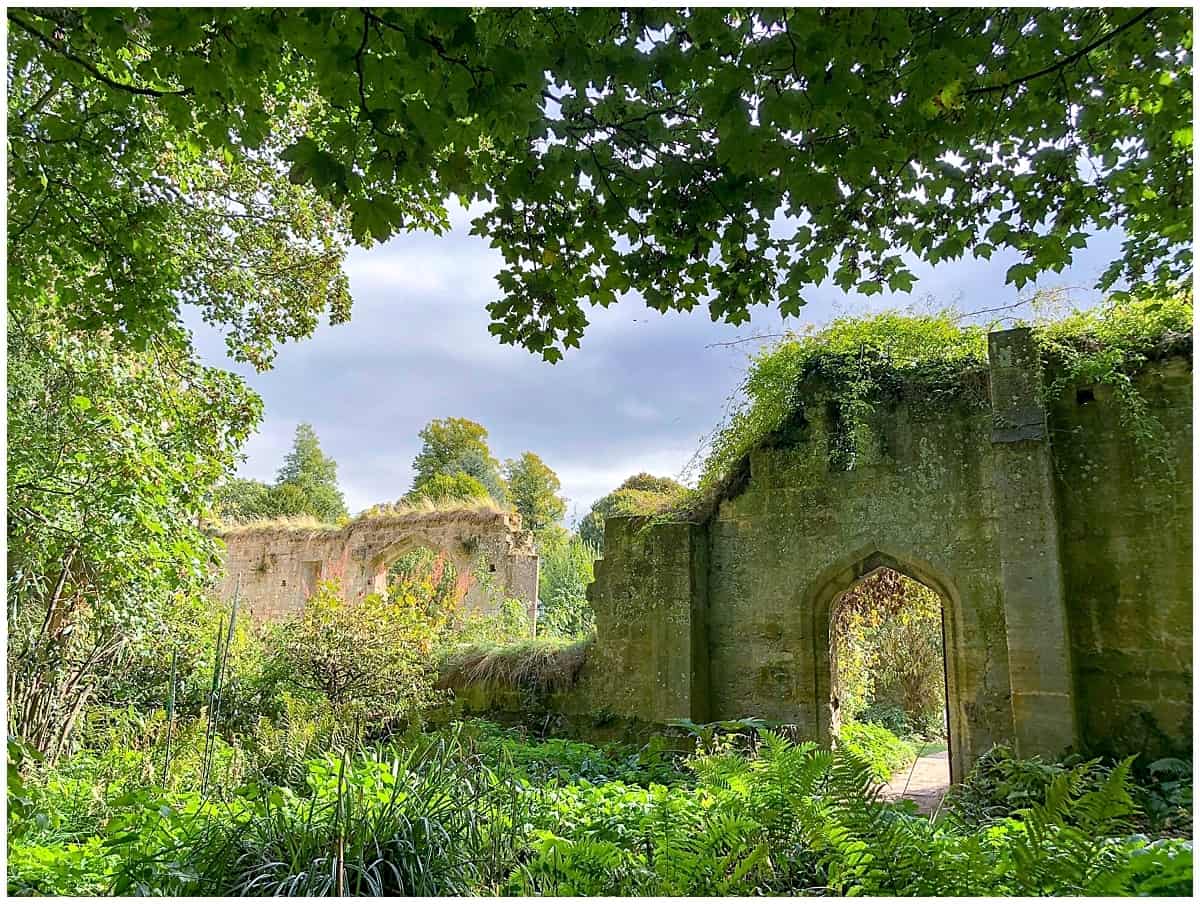 Yes, the Cotswolds is the land of the landed gentry and nowhere proves this more than private residence Sudeley Castle.

Open to the public for a fee, its pheasantry allows you to get up to date on the fate of speckled feathers and then it’s time for some history.

Sudeley was also home to at least one Queen of England back in the Tudor times, with several others passing through.

Anne Boleyn, Elizabeth I, Lady Jane Grey and Katherine Parr all visited Sudeley Castle in their time (and a well organised exhibition helps remind you of all the details of who did what to whom when and why it still matters today.)

Recommended reading: A Luxurious Rural Retreat in the Forest of Dean with Plenty of Things to Do

Get Trendy with Fish

Williams Food Hall and Oyster Bar in Nailsworth is changing the way the village is thinking about food and it all starts with the fish.

Their fish counter serves whole dover sole and Cornish crab in a bright and airy setting, while seating squeezes in to the tiny garden, restaurant and oyster bar.

Subtly different to going for a hike, forest bathing (or shinrinyoku as it’s called in Japanese) focuses on, well focusing. Instead of following a map and concentrating on getting from A to B, forest bathing invites you to turn off your phone, put away your map, close your eyes and just drink in the sounds and smells of the forest.

The best place to do this (so that you don’t actually end up getting lost, or, well, arrested for looking a bit weird) is at the Westonbirt Arboretum near Tetbury.

This behemoth of a place lines up trees and grasslands like nowhere you’ve seen before, with stately avenues and a swerving canopy walk through the trees mixed with indispensable facts about our chlorophyll-filled friends.

Did you know that balsa is the Spanish word for raft? Or that the Mona Lisa is painted onto poplar? No?! Time to dig out your cossie and get forest bathing then! Watch a Film Beneath the Stars

Perhaps as part of a perverse desire to prove our resilience in the face of ever-changeable weather, Brits do like to take a perfectly good indoor activity and move it outdoors.

There’s the Russian roulette of “will the weather hold?” that adds a sense of je ne sais quoi, not to mention waxy anoraks, to many a social occasion.

Not content to limit this to weddings, barbecues, tennis finals and the whole workings of cricket, the Cotswolds have now moved this philosophy into the movie business.

And so, Cowley Manor hosts a limited number of film screenings outdoor each year, where you can snuggle beneath a blanket and sing as though your heart could burst.

Of course, it helps if you’re watching a musical and those around you want you to be singing, but luckily that’s what was on the cards this year.

You’ve never heard The Greatest Showman on Earth until you’ve heard it in the Cotswolds. Admire Artwork made from Bread

If food’s worth making, it’s worth turning it into art.

That’s the motto at Hobb’s Bakery in Nailsworth, where sliced loaves spin in the sunlight and coffee beans try their best not to look cool in handwritten brown paper packets on the counter. OK, this  probably isn’t such an unusual thing to do in the Cotswolds but it may be if you come from elsewhere (and consider it as an investment if you plan to follow up on the outdoor cinema thing.)

Slip on slippers just won’t cut it in many a draughty castle these days so go all in with these fleece lined wonders.

Find them at Stroud Farmers Market (also, we should note, famous for other things. Like being the best market in the Cotswolds and serving a variety of sweet and savoury, raw and cooked, ethical and local goods.)

OK, there’s more but I think that’s enough to get started with, don’t you? Please do go and visit the Cotswolds. They’re a gorgeous slice of life in England, with good humour, creativity and warmth amid the postcard pretty scenes.

So, if you’ve heard of something cool or unusual (or just beautiful, really, doesn’t need to be quirky) then do let us know.

This article was produced as part of a project with Visit Britain and STS Belfast but I’m only writing about it because I wanted to go. And I only wanted to go because I’ve loved all the great things there are to do in the Cotswolds before. And there are still more for me to find!

Rugged and beautiful and tickling the toes of England’s south west peninsula, END_OF_DOCUMENT_TOKEN_TO_BE_REPLACED

Get ready to hit the open road with these fantastic road trips. END_OF_DOCUMENT_TOKEN_TO_BE_REPLACED