Your Bristol Bucket List: 50 Things to Do in England’s Sassy City

Your Bristol Bucket List: 50 Things to Do in England’s Sassy City

Here's our inside guide to unusual and unique things to do in Sarasota, Florida. It's part of a series that makes up the two week Florida West coast road trip itinerary here. 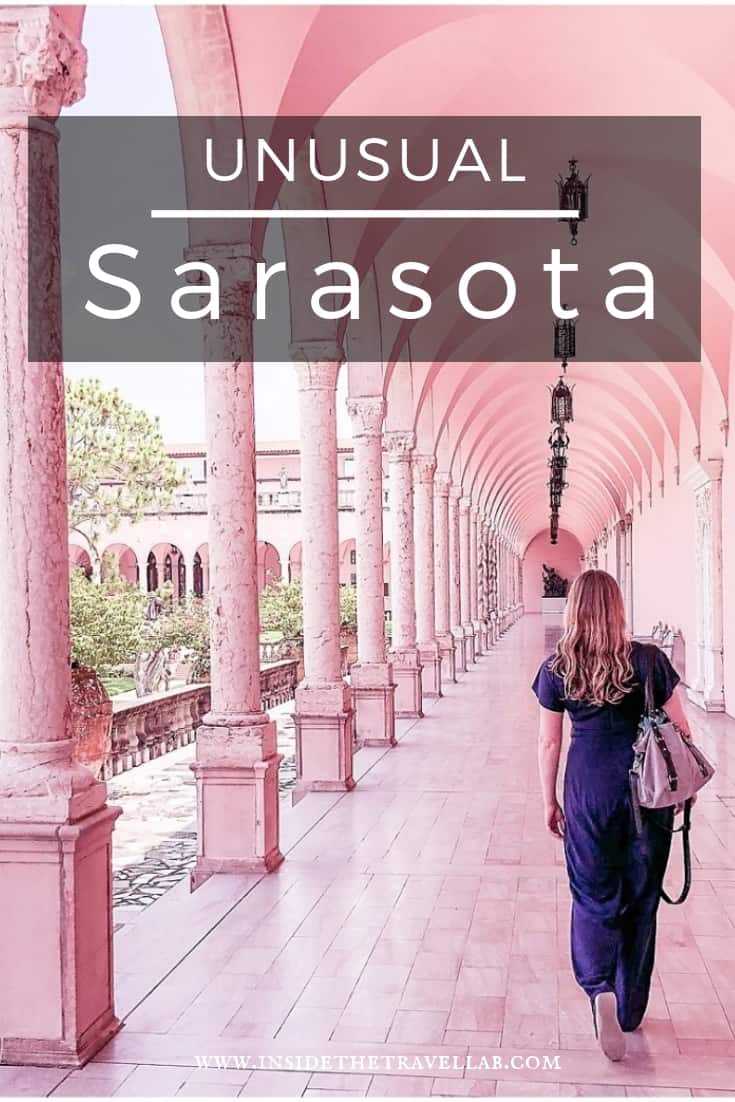 Unique Things to do in Sarasota Florida

Florida’s overlooked Gulf Coast sweeps from live oaks and manatees to white sand and art routes. But it was the variety of unique things to do in Sarasota that made me rethink fly-drive travel in general.

Instead of driving from A to B and on to C, stop for a while in Sarasota. Keep the car and take day trips, mini trips and deliciously lazy drives to the beach.

Map of Unusual Things to do in Sarasota

Map provided by Wanderlog, a vacation and road trip planner 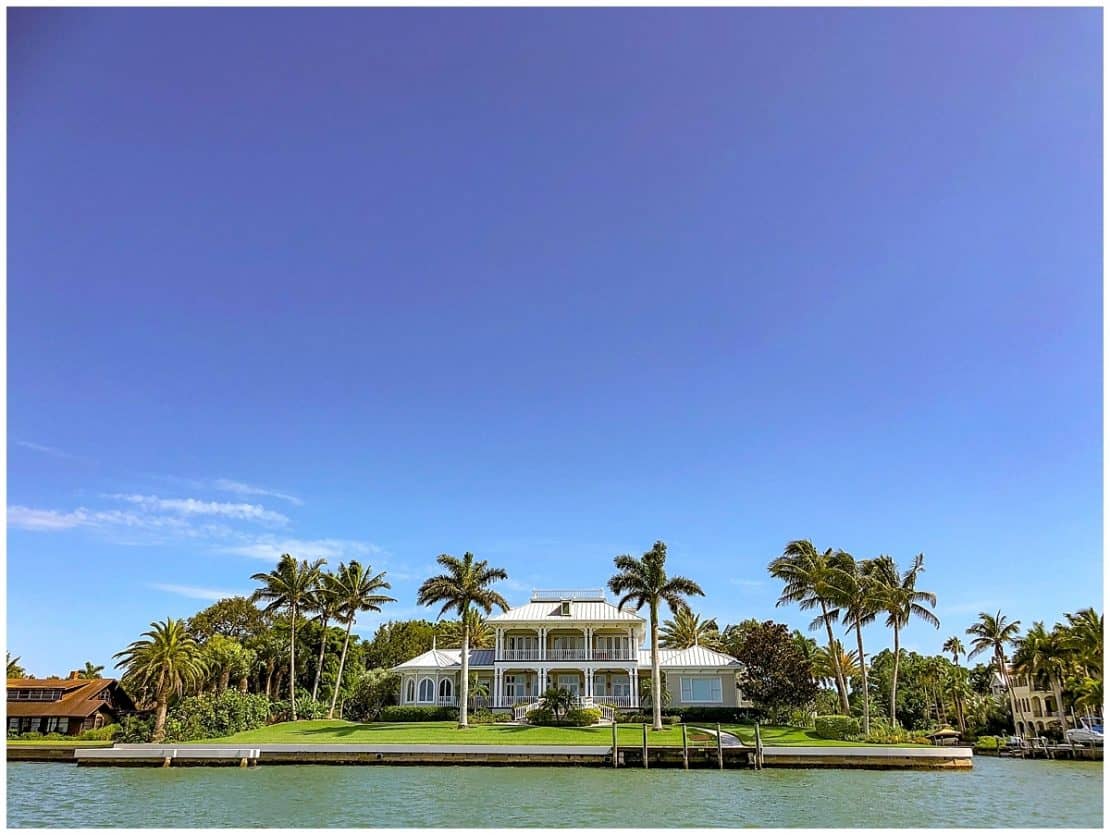 What are the best things to do in Sarasota?

Here are some of the best things to do in Sarasota: art, science, wildlife, beaches and food. Let's have a look in more detail.

COOL, UNUSUAL AND UNIQUE THINGS TO DO IN and around SARASOTA FLORIDA 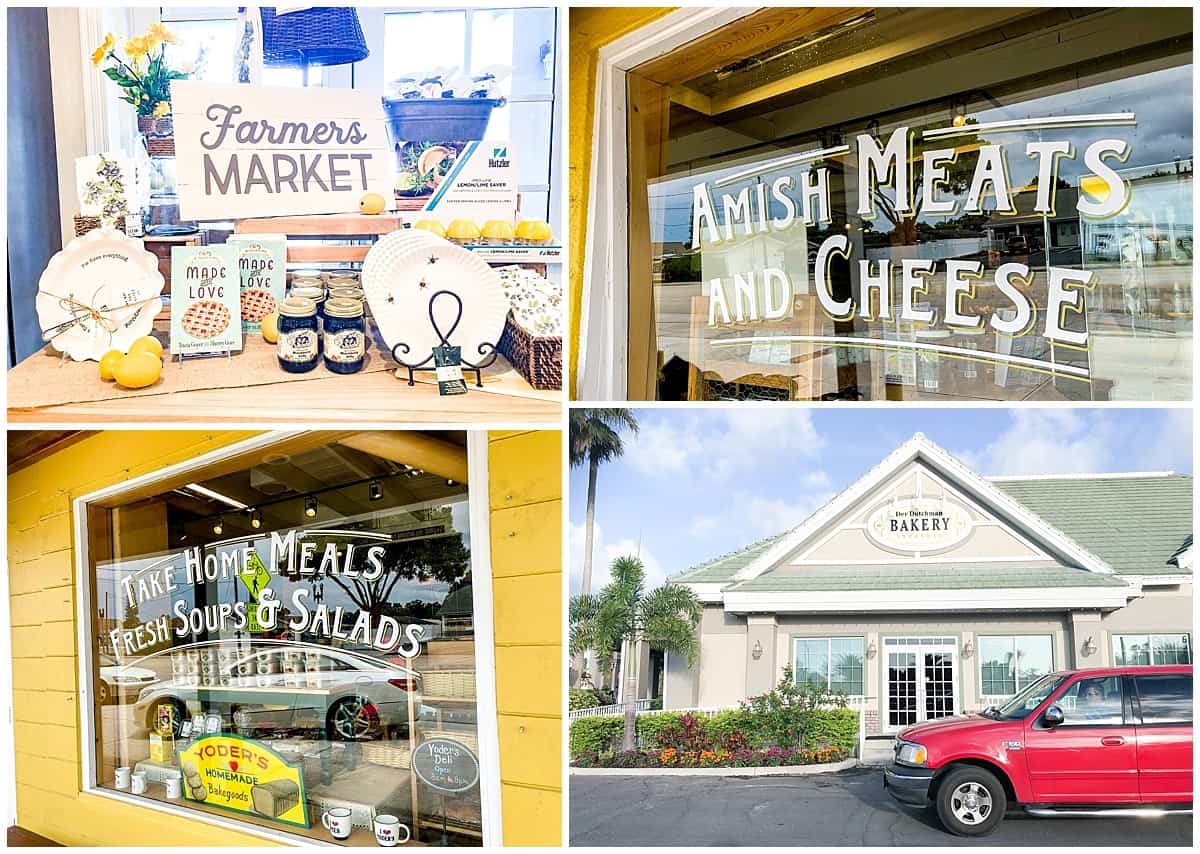 In a curious quirk of fate, certain areas near Sarasota have become key travel destinations for Amish communities based in the north in Pennsylvania.

But they welcome everyone and you can, quite literally, get a taste of this intriguing culture through their food.

Key spots are Yoder’s and Der Dutchman where you can stop for a comforting, homemade meal or 'made-from-scratch cooking' as they call it. Der Dutchman's pies and desserts are legendary, involving ripe cherries, pumpkin and cream pies that involve, well, lashings and lashings of fluffed white cream.

If you thought that Florida was all palm trees and sandy beaches, it's time to think again. It's time to enter into the realm of alligators and still waters.

Myakka River State Park opened in 1942 and the Myakka River was designated a Florida Wild and Scenic River by the State legislature in 1985. So what does this mean? It means that legislation preserves and protects the 34 mile portion of the river that runs through Sarasota County and the result is a serene scene of green. Want to hear something crazy? There’s a type of sand that doesn’t get hot in the sun. It comes from pure quartz, filtered from the Appalachian mountains, and it winds up looking bright white, peppy and pretty on Siesta Beach on Siesta Key.

And that’s not just folklore. I’ve stood on said sand, rummaged and scrummaged and buried my toes in it and I have to agree. The result is as cool as a cucumber.

Beyond the white sand, though, you’ll find lifeguard huts in candy-popping colours at regular intervals and sea an ice- blue cool.

Siesta beach runs long and straight, with plenty of shaded (free) parking beneath the scent of pine.

Expect burger stands and pizza podiums as well as arts and crafts markets and the young, the old and the beautiful (sometimes all at the same time, right? Ed?! I mean you three were there. Bwahahahahaha!)

Related: Things To Do in Daytona Beach, Florida 4) Immerse yourself in the Marie Selby Gardens

Oh, and I did I mention that they're number one in the world for research into orchids and her cousins? That’s right, the Marie Selby Gardens are the world centre for epiphyte research. And for those not in the green-fingered know (like me) that’s orchids, ferns and bromeliads. Trying a bit of Andy Warhol on my own image...

Greenhouses show rotating exhibits. When we were there, Andy Warhol prints came to life in six foot high florals while music pumped out over the sound system. 5) Wow yourself with art at The Ringling

Next up, let me introduce the vast Ringling Museum: an Italian fantasy ground and world class museum founded by another of the region’s wealthy philanthropists.

The European section involves room after room after room of well-loved Italian and Flemish Baroque paintings. The Asian art collection focuses on sculptures and ceramics before leading to a Japanese tea house (chashitsu)and the 66 acres of gardens that overlook Sarasota Bay.

With or without children, you'll need at least a day here. Yes, it’s another world-beating educational complex. This time about marine life at the Mote Marine Laboratory and Aquarium.

But it’s the Sea Life Encounters cruise that brings the under and overwater world to life.

Run in partnership with the Mote, small boats head out onto the Bay in search of dolphins, snappers, puffer fish and more. A qualified marine biologist scoops animals out of the bay and into glass tanks so that you can watch and learn right in the environment itself.

They then throw them back in to the water to keep these studies sustainable.

Even without the education, it’s a beautiful experience to glide across the water, past the mansions and the palms with dolphins skitting alongside. 7) Shop and dine at St. Armands Circle (And look for the mysterious clues to the past)

At first glance, this is a shopping and dining area. An upscale, beautiful one with more than 130 locations in a well organised wheel that’s close to the beach and with ample parking.

But a shopping and dining area nonetheless.

Closer inspection reveals antique statues and a sign that links Sarasota to its philanthropic millionaire heritage once more.

St. Armands Circle is the vision of its founder, John Ringling. Stroll around the “Circus Ring of Fame,” which honours numerous circus performing legends and have a think about the level of vision and influence that John Ringling embodied. As a separate area to the beach, Sarasota Bayfront combines marinas, splash pads, palm trees and an unmistakable statue.

Unconditional Surrender reflects the iconic photograph taken at the end of the Second World War with a sailor and nurse locked in an embrace.

There’s nothing that specifically links this artwork to the area except for the fact that, well, it’s there.

And it’s a curious place to visit. Half fun in the sun, with visitors replicating the pose. Half poignant reminder of struggle and relief at the end of war.

I’m not afraid to confess: it moved me to tears.

Related: 7 Unusual Things To Do In The USA Within walking reach of St Armands Circle, parking at Lido Beach is a little busier than elsewhere but still easy to manage. The sand is still white, the water clear.

Look out for the Sarasota County Historical Commission signs on segregation in the 1950s. Not the 1850s. The 1950s.

And realise just how much we all still need to be the change for social justice.

VISITING SARASOTA: HOW TO MAKE IT HAPPEN

Sarasota has its own airport but unless you're fairly local, it usually makes sense to fly in to Orlando and visit Sarasota as part of a larger trip through Florida.

More on Travel in Florida

Want more than just unusual and unique things to do in Sarasota? Explore the rest of the sunshine state with these articles:

Disclosure – My trip to Florida involved many partnerships, including with Hertz UK, Visit Sarasota and Visit Florida. But this unique list of things to do has been tested and curated by yours truly. Some were hosted, some were not. I'm only recommending them because I think they're interesting. What is the point otherwise?!

This article on unusual and unique things to do in Sarasota was originally published in 2018 and updated in 2021. 
The Best Things to do in Kingston Upon Thames, London

21 Hidden Gems in Italy: How to Get Off the Beaten Path and Discover Unusual Things to do in Italy


21 Hidden Gems in Italy: How to Get Off the Beaten Path and Discover Unusual Things to do in Italy