The Best Hidden Gems in the US for Your Next Trip

Looking for hidden gems in the US? Let us walk you through some of the best secret places that the United States has to offer. Hidden Gems in the US

Let’s face it, America has some of the most famous sights in the world. The Statue of Liberty and the yellow taxicabs of New York. The White House, that Hollywood sign and even, depending on which way you look at it, the golden arches of McDonalds.

But what about the rest? It’s a big old country after all. So let’s brush up on our stars and stripes and talk about some unusual things to do in America. In other words, here are some hidden gems in the US for your next trip. The Satchmo Festival is a free public music and arts festival in New Orleans, with over 200 live performances and art exhibitions.

It kicks off with a ceremony at the New Orleans Jazz National Historic Park and then throughout the week, you’ll find concerts from artists such as Harry Connick Jr., Taj Mahal, Lyle Lovett, Dr. John and more.

The purpose of this festival is to keep the memory and music of Louis Armstrong alive by celebrating his birthday and legacy. The name Satchmo Fest has been inspired by the nickname “Satchmo” that was given to Louis from his friend Earl King.

In addition to concerts there are various other events such as Satchmofest Kids’ Day, Dixieland Concerts at Preservation Hall, Heritage Walking Tours and more.

But here’s what makes Satchmo SummerFest one of the best hidden gems in the US: it offers layers for all. Music aficionados, New Orleans residents, and people like me: there to explore the city for the very first time. Like many a US city, Salt Lake’s centre has a tight, taut grid upon which glass and cement malls are mounted. Unlike many other cities, the biggest, shiniest mall was paid for by the Mormon Church.

And the heart of Salt Lake City is Temple Square, a ten acre stamp of greenery between City Creek that flows into the River Jordan, and the imposing Salt Lake Temple.

For these reasons, it’s one of the most unique places to visit in the US. Related: Put Your Hands Up For Detroit! At Chief Shakes’ House, some 1000 miles north of Seattle, totem poles teeter in the cool air and the women close their eyes as they sing. In the fresh, wet grass, girl’s sneakers peek out from beneath traditional robes.

That’s what you’ll find in Wrangell: all-American freshness trying to revive a damaged past.

Today, visit Chief Shakes’ House to support the efforts to revive it. The Henry Ford Museum In Detroit

Since Detroit is the home of Ford cars and Ford cars practically represent American motoring history, you’d sound reasonable if you expected the Henry Ford Museum to be about cars.

Instead, you’ll find original posters depicting the suffragette movement, along with manuscripts from the Declaration of Independence and historical memorabilia from the American Civil War. Ford stages a procession of Presidential Vehicles, all springing red, white and blue. Their stately rumps gleam in polished black but the signs beside them reveal hidden tragedies. One was the car involved during the attempted assassination of President Ronald Reagan, another where Kennedy took his final breath.

This isn’t so much the Henry Ford Museum: it’s one of modern American History. The Dolphin Research Center in Florida

At the Dolphin Research Center in Florida, you can pay to swim with dolphins. You can also learn to paint with them as well.

This is dolphin training at its most subtle. The trainer, sporting a hat and a trademark suntan, merely touches his fingers and thumbs together in the slightest of moves to exact the most intuitive of responses.

At a quiver of his fingers, the mother dolphin pauses from painting to swim by and pose. It’s impressive. And definitely one of the hidden gems in the US. Kayaking in Alaska actually more fun than kayaking solo after all

Kayaking in Alaska can be a great way to see its beauty. When you kayak, you are able to see the natural beauty of the state. Up close and personal.

This isn’t for extremists but neither is it for the faint of heart. Kayaking in Alaska involves exercising hard for six or seven hours at a time, paddling, working, breathing, laughing. And although you may be in a small group, you’re rarely alone.

Seals tend to follow along, which is what makes this one of the best hidden gems in the US.

You can read more about what it is like to kayak in Alaska here. Want a taste of the great outdoors without all the bad hair and bad back of sleeping on the floor? Check out glamping, one of the most beautiful hidden gems in the US.

Paws Up, for example, is located on the Blackfoot River with million-dollar views of the Rocky Mountains and one mile of trout fishing on site.

The resort has a fleet of luxurious teepees, goosenecks, teepee suites and other lodgings situated on the lakefront property.

So, move over groundsheets. These glamping tents are furnished with high-quality amenities such as queen or king-sized beds, a mini refrigerator, TV with DVD player and internet access.

Plus, you can go fly fishing, horseback riding, kayaking and canoeing at the nearby Big Hole River.

It’s a great example of a hidden vacation spot in the US. The Courthouse from To Kill a Mockingbird

Harper Lee’s To Kill a Mockinbird may be fiction, but she grew up in Monroeville, Alabama, in a small town that eerily resembles Maycombe in the book. The Gregory Peck Mockingbird movie was filmed in this courtyard as well.

Today, the Monroeville County Museum houses artefacts from Harper Lee and her childhood friend, Truman Capote, and makes for a fascinating stop on a road trip through Alabama.

Why let the vineyards of Napa grab all the headlines? Explore the wineries of Charlottesville through this extremely comprehensive guide. Sip reds, whites and fizz with entrepreneurs and family run businesses. It’s one of the hidden gems of America that few people find out about.

More About Travel in America 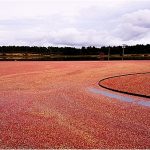 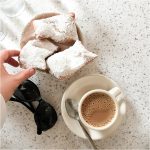