21 Brilliant Things to do in Tortola, BVI

Discover the best things to do in Tortola on the British Virgin Islands amid rum, sun, sparkling seas and a strangely named cocktail. Enjoy this wonderfully secluded island in the Caribbean.

Tortola is also one of the best Caribbean islands for solo travel. Find out more about that here. Bookmark these brilliant things to do in Tortola and around

The Best Things to do in Tortola, British Virgin Islands

I loved my time on Tortola, the largest of the British Virgin Islands in the eastern Caribbean. I loved its steep, steep hills and vegetation so lush and green it deserved to have poetry written about it.

Driving these roads is like riding an emerald-coated rollercoaster fringed with palms, papaya, coconut and sugar apple treats. A tangible, tasty Garden of Eden.

Of course, one of the main draws here is to spend time on the soft sanded beaches, sipping nutmeg-laced painkiller cocktails and soaking up the sun or snorkeling in the shallow water.

But Tortola is not that small. It’s an island with an authentic community with centuries of traditions and culture. And it has attracted artists from all over the world to settle here and call it home.

So when you are ready to leave the beach and hit those roads, here are some of the best things to do in Tortola, BVI. 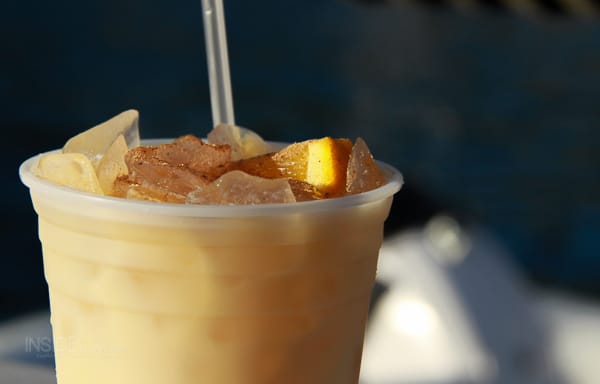 Learn How to Make a Painkiller

No, it’s not aspirin we’re talking about. It’s a rum based drink that’s surprisingly sweet and deceptively strong. Here’s how to make a BVI painkiller.

With green foliage snuggling over the highest point in the British Virgin Islands, the Sage Mountain National Park sure does look good at 523 metres. Hiking and trekking paths spill down her slopes for 96 acres with a semi-rainforest vibe.

Go swimming or windsurfing on the north shore on Cane Garden Bay. It's long and gently curved, like a European-straightened banana, but the plus here is that it's sheltered from the wind. It's a popular spot for small boats to drop anchor and enjoy the lively cafes and restaurants spaced along the sand.

Bamboushay Pottery functions as both a showroom and a creative cauldron!

Classes take place in an open-air studio that has a kiln that heats up to over 2,200 degrees. The promise is that students, no matter their level of skill, can create a Caribbean style work of art by the end of a session. The man who shows me these is young. Cornrows zig-zag across his scalp and yet already he has more than one daughter who waits for him at home.

He drives fast. Except for in this one spot. The corner where the street artists swirl and curl their paintbrushes around, up and up, then down and down, slicing through cane and collecting crabs.

Like much of the rest of the world, the pace of life here in Tortola is changing. While much is for the better, these portraits touch on the nostalgia or knowledge that good things too are lost from the past.

He is young but old enough, it seems, to yearn for some of these scenes to return. OK, so the Sunny Caribee Spice Shop & Art Gallery aims to please the tourist crowd. But locals do still shop here from time to time and they definitely use the spices, lined up here with colourful abandon into more than 300 different products. The gallery side of things sources paintings and wooden carvings from across the West Indies.

Aragorn is a Tortola-born artist whose work has sold and been seen all across the world.

From simple souvenirs to studio pottery, sushi sets and t-shirts, Aragorn’s Studios satisfies guests looking for a keepsake and art lovers searching for something different. It also presents a farmer’s market, selling fresh and organic food sourced from around the archipelago. And if you’re there during a full moon, Aragorn hosts a Full Moon party, during which he lights up his famous metalwork with fire.

Shark Bay National Park is snuggled on the northern shore of Tortola between Brewers Bay on the west and Rough Point on the east; and extends from the ridge of Anderson Point to the bay at the base of the Mount Healthy gut. The rocky beach at Shark Bay is molded by the pounding north Atlantic swells, buffered offshore by a limestone pavement and coral reef.

The unusual and strange part of Shark Bay is at the top of the ridge is a huge cavernous boulder locally known as The Bat Cave, as bats are reported to have nested there in the past. Views from the cave expose a steep drop to the sea and the vast Atlantic beyond. Orchids and palms cling perilously to the rocky slopes along the trail, whilst the trade winds blow steadily from offshore. Smuggler’s Cove is secluded, sheltered and serene: probably because it’s hard to reach. This is where you’ll discover pristine white sands, amazing views and warm, clear waters perfect for swimming – and have them all to yourself.

Adventurous snorkelling is also a plus, as there are many sea turtles in the area!  Smugglers Cove is accessible only by an unpaved road, or by private yacht charter. Unsurprisingly, the stunning waters around Tortola are rich, rich, rich in marine life, for both divers and those armed with only a snorkel. Look out for pink-orange cup coral with feeding tentacles, sea fans on the reef and anegada lobster scuttling by. When it comes to fish, the yellowtail snapper, puffer fish, angel fish, porkfish, tarpon and barracuda swim beneath the surface.

Road Town is home to the beautiful J.R. O’Neal Botanic Gardens, which features close to three acres of indigenous and exotic tropical plants, an orchid pavilion, and an aviary.  Expect peaceful walks through pergolas and pathways covered with colourful vines, as well as a miniature rainforest and a fern house. THINGS TO DO NEAR TORTOLA

Curious as it sounds, one of the best things to do in Tortola is to leave. It's only a short hop across the water to Virgin Gorda and the ferry ride itself is a thing of beauty.

Why do the British Virgin Islands have such enormous peaks? Old volcanoes, that’s why.

And that’s what’s responsible for the curious boulders seen at The Baths National Park on Virgin Gorda's North Shore.

The slow cooling of magma formed granite boulders that line the beach in intriguing formations. Some have created secluded baths, where swimmers can enjoy the water in the dappled sunlight.

When the Royal Mail ship, the HMS Rhone, left port in England in 1867, it was thought to be unsinkable.

I think we all know where this is going…

Weeks later, it ended up at the bottom of the ocean after sinking during a hurricane that killed over 100 of its passengers and crew.

The wreck became a popular spot for adventurous divers, such as Bert Kilbride, who opened a museum to showcase the treasures he found.

The Saba Rock Nautical museum is a great spot to see over 150-year-old artefacts from the wreck, many of which are personal belongings of those who didn’t survive.

On the very southern tip of the British Virgin Islands lies Norman Island, claimed to be the inspiration for Robert Louis Stevenson's iconic book Treasure Island.

It's still uninhabited today, although privately owned, and many day trippers and cruise line people on vacation head to the caves on the western edge. The water level means that a snorkel trip here can mimic the thrill of a night dive...

As the smallest of the four main islands of BVI, Jost Van Dyke certainly punches above its weight. Named after a Dutch pirate, the island today attracts yachts who take shelter in the aptly named Great Harbour. Locals recommend "Bubbly Pool" - a naturally formed bubbling sea pool on the northeast edge of the island.

Bookmark these brilliant things to do in Tortola and around

How to Visit Tortola, BVI

Many cruise lines serve Tortola and so one of the easiest ways to visit is as part of a cruise vacation package with day trips and excursions.

However, I'd strongly recommend you stay on the island for at least a few nights.

With no direct flights from either the US or Europe, you'll need to summon up your spirit of adventure to reach the British Virgin Islands to begin with.

Connect from neighbouring countries, like Puerto Rico, St. Thomas, Antigua, or St. Maarten, and fly into Terrence B. Lettsome Airport (EIS) on Tortola.

From there, it's relatively straightforward to get around by car or by ferry to the neighbouring islands. Although, if you are arriving after 4pm and plan to head straight from Tortola to one of the other islands then do check in advance that your connection will still be running.

Disclosure: I visited Tortola as a guest of  the British Virgin Islands but as ever, as always, what I write here is up to me. When it comes to finding the best Caribbean islands for solo travel, END_OF_DOCUMENT_TOKEN_TO_BE_REPLACED

21 Secret Things to do in Nassau, Bahamas to See More than Just Sunshine

Discover secret things to do in Nassau, Bahamas, with a bright and END_OF_DOCUMENT_TOKEN_TO_BE_REPLACED