Ever feel as though you have the winter blues? Let the Hachinohe Enburi blaze through the cold and lift your spirits the traditional way. Here’s what it’s all about. Whenever I feel the cold breath of winter on my neck as autumn runs out of time, my tastebuds turn to octopus, the signature dish at the Hachinohe Enburi winter festival.

I remember it so vividly not because of the smile of the former beauty queen who handed it to me, nor the tangy texture and secret seasoning that plunged into mayonnaise simply to satisfy my stomach. No, what I remember the most is that the octopus was warm, at times even hot, while I was very, very cold. The small town of Hachinohe in Japan’s Aomori Prefecture celebrates the end of winter every year with a four day winter festival. Children and musicians practise for weeks so that when February arrives, they can swish their headdresses around and usher in good fortune for the harvest ahead.

It’s a festival that’s been running for 800 years through icy winds, gales, earthquakes and war and so they’re not going to let a little snow stop them. Nor a blue-skinned gaijin. Thankfully. In 1979, the Hachinohe Enburi Festival earned its status as a National Important Intangible Folk Cultural Property of Japan.

Watching the performance at the Hachinohe Enburi

I sit cross-legged on a tatami mat inside their historic town hall. One wall opens up to the garden, where snow decorates stone lanterns and greedily engulfs the lawn.

The wind laughs at my predicament, while the cold makes itself at home in my bones. I break open a crystal packet to warm up my hands and accept more octopus gladly.

Then the performance begins, melting something inside me.

Rainbow coloured ribbons meant to resemble a horse’s tail flick, flounce and flourish against the whiteness of the snow. Children enact the rice-planting ritual while flag bearers look on.

Yet what captures my attention the most is something I usually pay very little attention to: shoes. The Shoes of the Hachinohe Enburi

From children to elders, dancers to musicians, all are decked out in the traditional footwear of Aomori. Straw-woven shoes with straw gaiters to match. My feet turn numb just from looking at them.

Yet everyone else radiates with smiles of warmth – literally.

So now, every time the seasons turn cold, I think of hot octopus – and the mystery of comfort that seems to be straw shoes.

Perhaps one day, I should try a pair. Details of the Hachinohe Enburi Dance

Dancers called tayu wear the flamboyant rainbow headdresses called eboshi. The ritual of scraping the earth through dance is believed to awaken the gods of the fields after their winter hibernation and encourage them to, you know, get back to work and make things grow again.

If you get to go, then amid the hot octopus, you’ll notice two distinct styles of dance: History of the Hachinohe Enburi Dance

If Hachinohe is the place in Tohoku in Northern Japan, what’s the enburi or emburi side of things? Residents believe the name stems from the word eburi, the term used for a local farming implement used to flatten the ground.

The dance, all rainbows, flutes, drummers and singers, first began in the Kamakura Period (1185-1333.) From there, the legends of origin get interesting.

Apparently, the the founder of the Nanbu Clan, Mitsuyuki Nanbu, visited the Oshu area of Iwate Prefecture for New Year. Some of his entourage drunkenly misbehaved, grabbing swords and dancing furiously.

To calm things down, a local farmer grabbed his enburi and began dancing with the ground, dancing and singing about planting rice. More PHotos from the Hachinohe Enburi 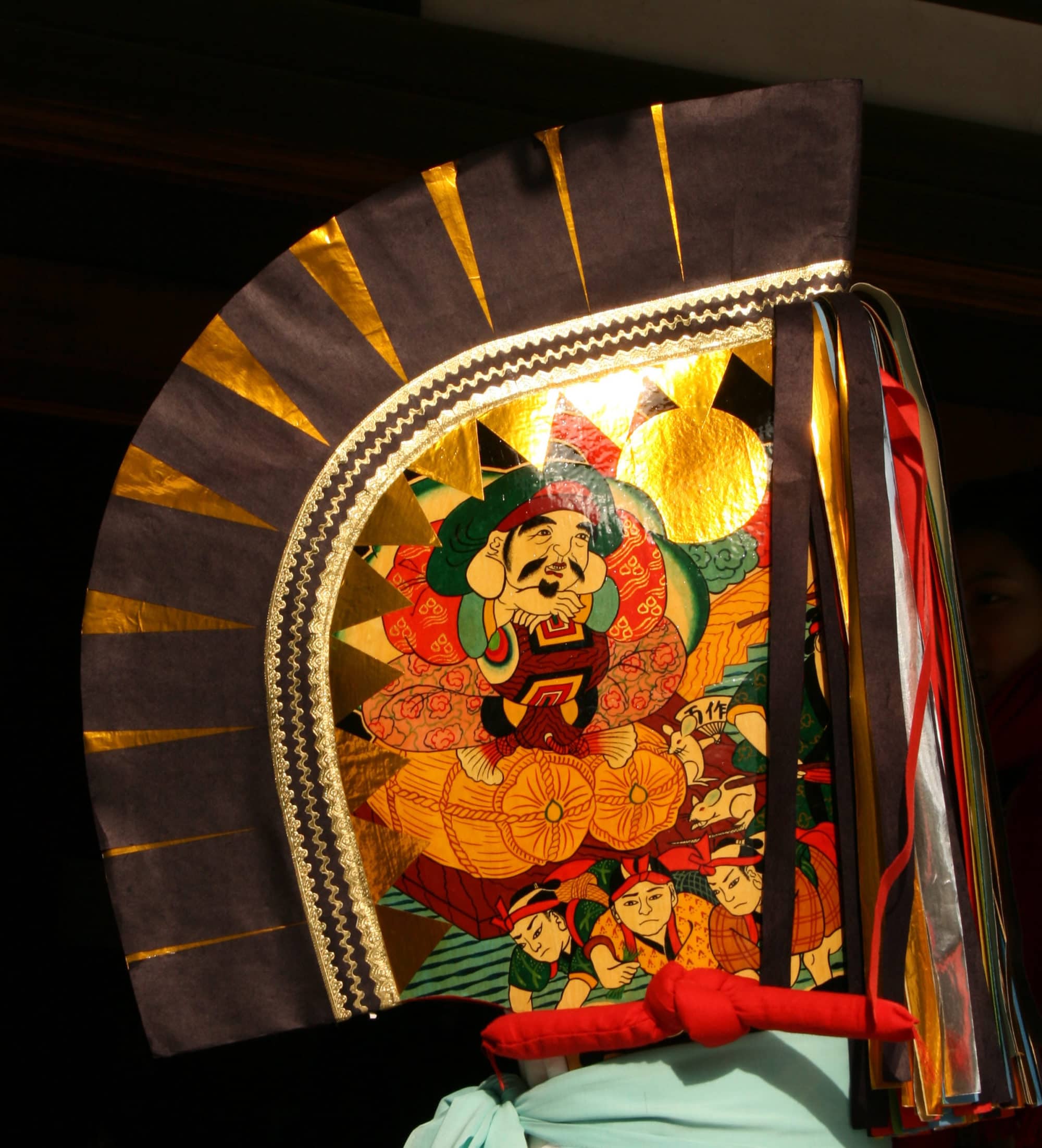