What is fika – the meaning of fika in Sweden

What is Fika? The Meaning of Fika Will Warm Your Soul

What is fika? The quickest answer would be that it’s a kind of Swedish coffee break. But there’s so much more to it than that. Pull up a chair, grab a mug of something hot and let’s have a chat about the meaning of fika. And how you can bring it home. The meaning of fika – a beautiful tradition from Sweden Fika. So said the letters, so said my host. It was not yet four in the afternoon and I began to brace myself.

The word fika, I decided, had all the hallmarks of a potent local spirit, the sort that could stand in for paint stripper on an identity parade and would give you a headache as soon as look at you.

My second best guess was that fika involved some kind of furniture shop with utensils made from see-though lime green plastic.

Happily, both guesses were wrong.

Fika, as it turned out, is something of a social institution in Sweden. What is fika? A rare treat that shouldn’t be rare.

Pronounced fee-ka, the best explanation I’ve heard so far is that fika is a kind of “afternoon tea” half-remembered with a touch of romantic indulgence from England in the 1950s.

Apparently fika can be both a noun (let’s have some fika) and a verb (let’s fika now…) but like those other delicious letters in the Swedish alphabet (an ö, an å and an ä for example) sometimes a hint of mystery can still be a good thing.

Fika often involves tea or coffee, with a cinnamon flavoured cake thrown in to melt away the cold outside. In Ystad, my first fika involved custard-based Princess Cake and a cup of hot Sweet Love.

Not a bad introduction to a country. So is fika just a coffee break?

Well, yes and no. It doesn’t have to include coffee (although it often does.) The big difference between fika in Sweden and coffee breaks in, say, America is the intent behind the whole thing.

A rushed coffee break tries to “trick” the body into carrying on and working harder. Fika is about genuinely slowing down, getting back in touch with your body and the people around you, and recharging on a deeper level.

The cinnamon and cake element doesn’t try to squash down the bad feelings. Quantity isn’t the key here. It’s genuinely to treat yourself to something cosy, something in moderation, something that your body deserves.

It’s hard not to draw the comparison with hygge in Denmark: another cosy concept.

Is fika just for friends?

Friendship is a key part of it but fika can take place with your family, colleagues, strangers or on your own. It’s about connecting with people and yourself.

Are there specific foods that make up fika?

Fika has its own traditions, especially in Sweden where it started. But there aren’t fika police. Live, eat and enjoy!

You can find some gorgeous Scandinavian recipes here, though.

How do you pronounce fika?

Have you ever tried fika? 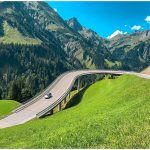 31 thoughts on “What is Fika? The Meaning of Fika in Sweden and How to Bring it Home”