Overlooking the cloud forest in Ecuador

The cloud forests of Ecuador are not awash with colour. Instead, they pick a single one and run with it.

The cloud forest column runs virtually along the whole country. At 2000 metres above sea level, its steep slopes and subtropical valleys teem with wildlife.

And you can visit. Here's how, with cloud forest facts and a plan to get you to Ecuador.

Disclosure and handy other info: I visited this cloudforest in Ecuador by staying at Mashpi Lodge at the suggestion and organisation of Metropolitan Touring. I flew from Cardiff to Quito via Amsterdam with KLM. As ever, I kept the right to write what I like. As ever, as always. The Cloud Forests of Ecuador

Introduction: Rain but not from the sky

The cloud forests of Ecuador are not awash with colour. Instead, they pick a single one and run with it.

A green that brings lesser sights to life, like the web of a spider or the jagged skeleton of a leaf that catches raindrops between yesterday's green.

Rain, too. There's plenty of rain here, or at least that's the first impression. It's also the second, since rain does fall most of the time. The forest's secret, however, lies in the fact that rain manages to fall from the leaves without falling from the sky. Clouds condense on the greenery itself, gathering, trembling, amassing and then rolling with a drip and a flourish from the tip of a leaf to the next. Where to stay in Ecuador's cloud forest

Terrain is steep, here, which means that mass farming never took off. Today, it's virtually impossible to travel independently and most visitors stay in one of the private Eco Lodges in the thick of the forest. This article talks predominantly about Mashpi but others include Mindo and Bellavista. Read on for more about Mashpi.

The leaves resemble umbrellas drawn straight from Thumbelina's tales. The tree trunks stretch into the grey bulbous mist like scaffolding for skyscrapers, while the wildlife itself... is shy.

Pumas prowl at night, so I'm told. And raccoons by day, as I've seen only moments ago.

Butterflies use fake snake eyes to scare predators away while hummingbirds flit and fuzz and buzz around so close you can feel the flutter of their wings. In Ecuador's Cloud Forest, if you have a head for heights, you can climb into the canopy and appreciate the wildlife along the way...

Recommended reading: Pre-Columbian Art in Ecuador and the Surprising Question It Asks

Patience is Key in the Cloud Forest

In short, I'm learning that beneath the green lurks a less flash wildlife. One that requires patience, a degree of silence, and a curious and inquisitive eye.

Orangutans  do not blaze in orange in this part of the world. You won't hear the heavy footfall of elephants nor the orchestral weight of the whale.

But the beauty is no less bewildering. It just requires patience and comes cloaked in both grey and iridescent green. 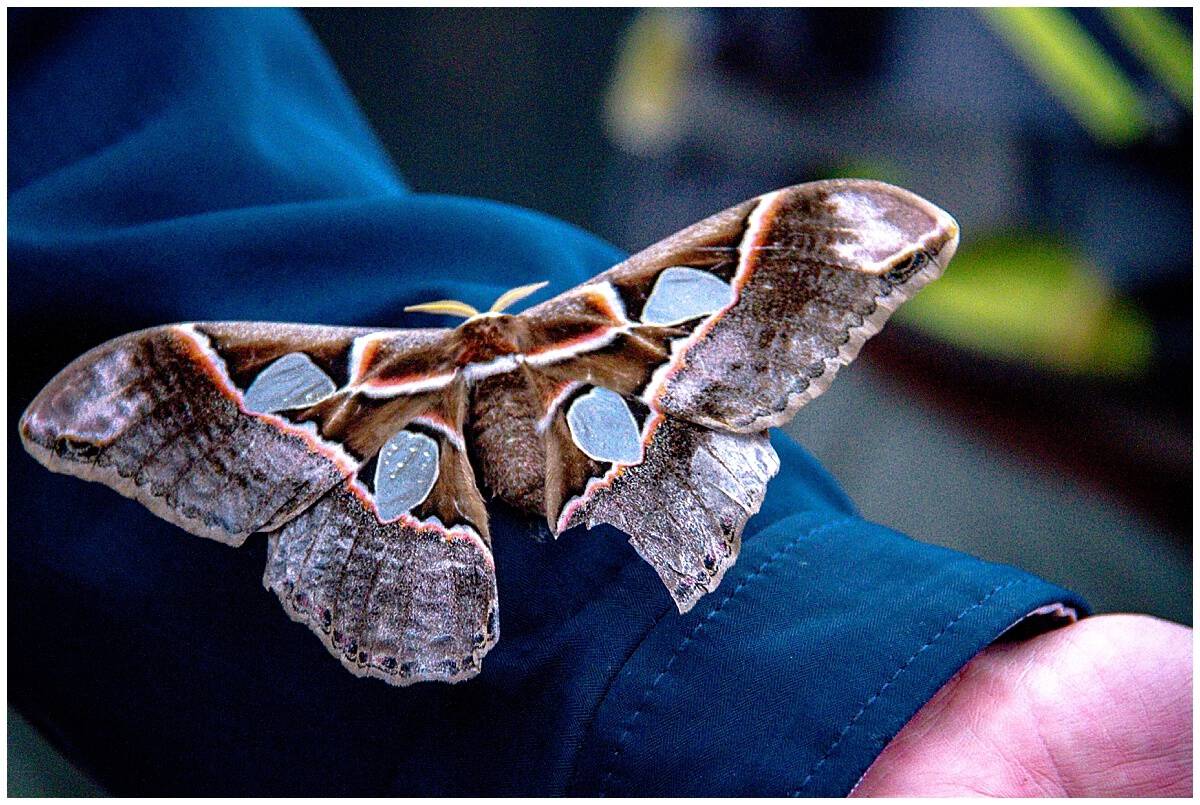 Patience pays off when visiting the cloud forest in Ecuador...

Why are they called cloud forests?

The term seems to be a literal interpretation of how these forests appear. Low-hanging clouds hover over the upper canopy of the trees, giving off the appearance of permanent fog. The moisture condenses onto the leaves of trees and drips onto the lower plants. The water comes from the clouds, but not through rain.

Here at Mashpi Lodge in Ecuador, we're all about getting up close and personal with nature. The lodge itself teeters (or so it feels) on the edge of an earthy cliff, immersing itself in the canopy layer of the cloud forest that cloaks these 22 rooms. Each room bears floor to ceiling windows and the dining area comes straight from the imagination of Jurassic Park itself.

Mornings start early, with swirling mist and hot swirling coffee, as we stand on the rooftop on the lookout for birds.

We slush and swish along leafy, muddy paths and the brave (or foolish) among us (@MrTravelLab in this case) freshen up in waterfalls and later swing right through the trees on a vine like Tarzan (albeit wearing substantially more clothes.)

It's not all hard hiking, though.

Wine and cheese appear outside the butterfly farm and there's a chance to stop and rest to watch the hummingbirds buzz by.

But all of that takes place at ground level, amid the squelch and security of nominally dry land.

Then there is the sky bike... Fun Facts about Ecuador's Cloud Forest and Her Wildlife

We're Cycling in the Air...

Yes, ladies and gentlemen, I want to close your eyes and imagine two things for me.

One, that you have the soundtrack from The Snowman playing in your head, ba-dooms and all. (We're just going to cunningly switch the word walking to cycling.)

And two, that you're high atop the cloud forest, ready to launch off into the mist on a rickety, stickety looking tandem bicycle thing with a roof hook.

Allow me to explain in this video:

Recommended reading: Off the Beaten Track in Quito, Ecuador

Mashpi Lodge: Eco Retreat in the Cloud Forest in Ecuador

Mashpi Lodge is a one-of-a-kind wilderness retreat.  While only three hours from downtown Quito, you wouldn't know it once you're there. The Lodge engulfs visitors in the surroundings of the cloud forest.

The steel and glass structure has floor-to-floor, wall-to-wall windows throughout. The Lodge, which has 24 guest rooms, is situated on over 3,000 acres of rainforest, 80% of which has been untouched by man. You are just as likely to wake up to see a monkey swinging past your room or a coronet preening by your window.

The spacious, stylish rooms are paired with a two-story dining room that allows for guests to be awed by nature as they dine. A team of naturalists and scientists staff the resort's research centre; they lead hikes, give talks, and explain the natural habitats of the jungle. Lodge residents have the opportunity to explore by day and relax by night.

At over 3,100 feet above sea level, "guests can watch the club-winged manakin bird conduct its courtship dance, trek to 190-feet-tall waterfalls, climb an observation canopy into the treetops, or spot the Mashpi torrenteer frog species."

The Mashpi Lodge began when Roque Sevilla, the former mayor of Quito, purchased the land in order to protect the biodiverse area which was at risk following years of deforestation and goldmining. After nearly ten years of conservation efforts, Sevilla decided he need to share one of the most beautiful spots on earth with the world.

Pre-Columbian Art in Ecuador and the Surprising Question It Asks

Ice Climbing in Patagonia: Shaken and Most Definitely Stirred

The Oldest Market in Quito