Is Jordan safe for solo female travellers? I love Jordan and have visited many times. Here we talk about what you need to know before you go. Jordan is a very safe country in the Middle East and most visits are completely trouble free. That said, it is a predominantly muslim country and dress codes are more formal than in the UK and US. In rural areas, people can be very conservative and so you will stand out as a solo female traveller.

In short, I would recommend you join a group tour but not particularly because of wondering whether Jordan is safe for solo female travellers.

Should you join a tour as a solo female traveller in Jordan?

I would recommend joining a group tour because the driving routes take you close to the borders with Saudi Arabia and Israel and these border crossing points are not a good place to get lost.

I’ve written about my viewpoints on group tours in depth over here as part of the article on how to plan your Jordan itinerary.

I travelled with Globus Travel and would highly recommend their company. Again, you can find their actual itinerary and booking details here and my review of my Globus Tour with them here.

In the meantime, read about my experiences in Jordan as a woman below, plus some top travel safety tips here.

Enjoy Jordan. It’s a fabulous country with so much to share. My Experiences in Jordan as a woman

“People want to talk to me a lot,” he said, as blue and yellow danced across the coffee from the stained glass windows overhead.

“Because I’m a Christian,” he went on, “and am interested in political science.

“And because I live in Madaba, Jordan – and because that’s in the Middle East.”

Are Christians safe in JOrdan?

Elias joined us as we finished our lunch, bringing a pistachio sprinkled dessert called layali libnan or Lebanese Nights. His wife brought rosewater syrup and cardamom scented coffee and joined her husband; the owners of this restaurant spending time with their guests.

This was the last supper in Jordan, or at least it felt that way.

Three years had passed since I first set foot in Jordan – and a lot had happened in that time. Most notably, perhaps for me, setting foot was harder than before, thanks to an operation or two that still had me hobbling.

Most notably for the rest of the world, was the prominence and presence of ISIS. There with every headline, on every station, and seeping into every mention from our media on stories about the Middle East.

“The thing is,” Elias continued at Hikayet Sitti, “there isn’t very much to say. We’re Christians, we live here. It’s peaceful, everything’s fine.” 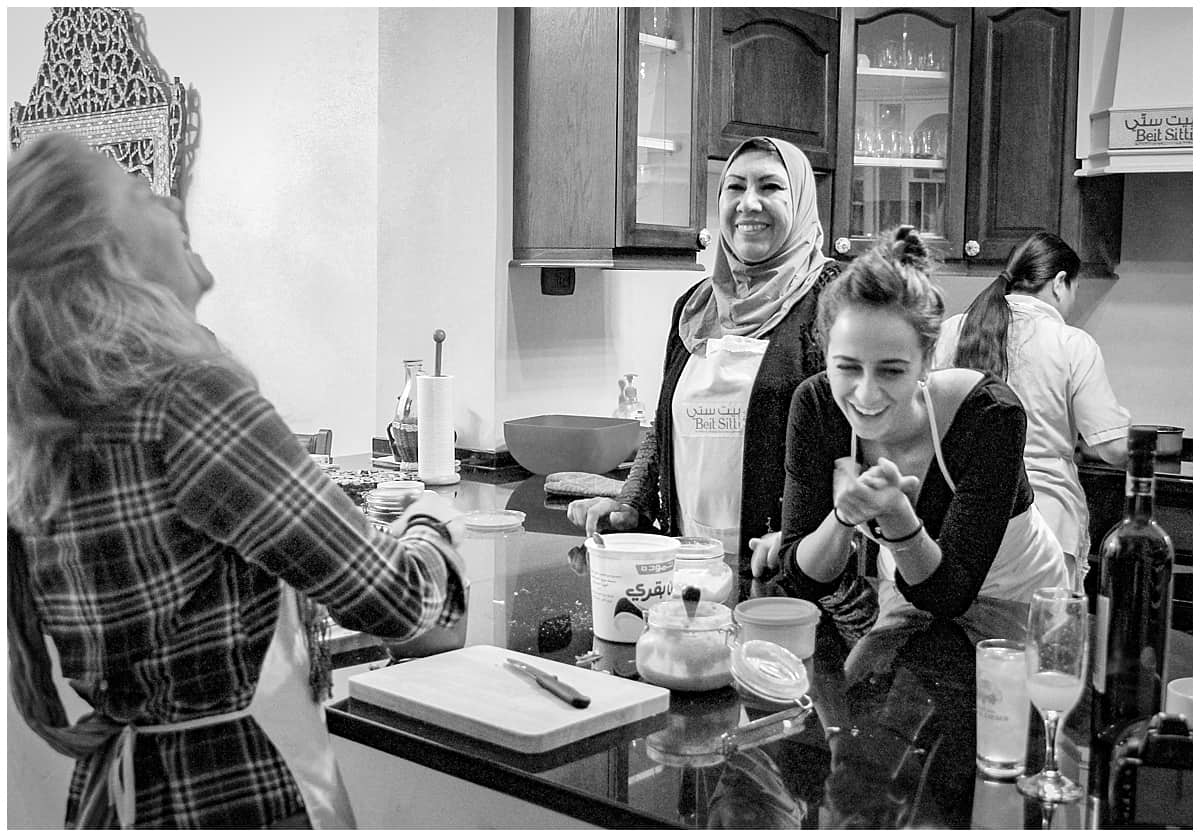 Back in Amman, beneath flowing locks and contagious good humour, Maria tells me much the same thing. Instead of Christianity, she’s talking about travel as a woman.

“Oh come on!” she says, rolling her eyes and brandishing a knife when I ask about safety here (it’s at this stage I ought to point out she’s a chef.)

Maria, who I met last time, moves at about twice my speed and speaks at about thrice my volume despite being half my size. Last time, we sliced and spliced indoors, this time we join a group of around twenty Jordanian women (with a few men late and lurking in the shadows.) Our driver and guide, Basil and Hatem, however, don’t appear to be so shy. They roll up their sleeves and critique my technique for knife meets onion before taking over and doing a better job of it themselves. It is a wonderful exploration of Jordanian food.

This evening, scented by blossom and lemon and lime and backlit by views of the citadel, marked the start of my time in Jordan. There followed spice markets and Roman remains, biblical landmarks, camels in Aqaba, wilderness in the dessert, walking through Petra, driving through Wadi Rum, dining with Bedouin and floating in the Dead Sea. And much, much more besides. Why you should visit Madaba

But I’m starting at the end.

I’m starting in Madaba, in part because of my talk with Elias and his wife over fresh bread and hummus (in Jordan, there is plenty of hummus.)

But also because of Madaba itself and the secrets it stores beneath dusty, gilt- edged lamps and candle-lit crypts: its mosaics and the story that reaches from the past to the present.

Madaba simply asks that you pay her a visit. That you sift through her broken pieces, work well with others, and create something beautiful for all the world to see.

It’s a sentiment smothered in schmaltz…until I remember the headlines elsewhere in the region and I long for the idea to spread. Solo female travel in the capital Amman is absolutely fine

Myths about travel to Jordan

Reality – Jordan is at peace with Israel and thousands cross the border in both directions each day to go to work. There are no travel restrictions in place against Jews.

Reality – women dress more conservatively than in the UK or US, but no more so really than in Italy or Spain. Check out this post for a good guide as to what to wear as a woman while travelling in Jordan.

Myth – Jordan is in flames

Reality – Jordan is a peaceful, stable country. There are policies and practices it follows that I, personally, do not agree with but I could say that about almost any country (Guantanamo anyone?) I would recommend against driving into the desert alone…

Many of these travel safety tips apply to men as well as women and for other middle eastern countries (and sometimes the United States!) Meet other women through cooperatives and cooking lessons and homestays 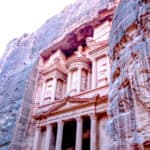 32 thoughts on “Is Jordan safe for solo female travellers?”