The islands of St Vincent and the Grenadines offer more than just beautiful beaches. Walk with me on Canouan Island.

It’s a short but soulful walk along the main street of Canouan Island at midday. The Caribbean sun scorches the tips of the palm leaves, turning them canary yellow and toasted brown as I look up at the clouds.

The first involved my debut seasickness that blindsided me the day before. That ruled out today’s scheduled boat trip.

The second was a simple missed turning.

I’d meant to follow the crescent of sand that stretches from the thatched Tamarind hotel to Canouan’s jutting wooden port and beyond. From there I’d see a fruit market, a police station and a small row of houses in bubblegum blues and pinks, painted bright like a small child’s dream. Instead, I turned down an uninspiring road, a patchwork of concrete with spikes of plucky plants piercing through and grasping for the sun.

I can hear my own footsteps, the swish of my bag against my hip – and in heat like this I’m tempted to think I can hear the sun itself, slicing through space to reach us here in St Vincent & The Grenadines.

I can also hear the voice of God. Or at least someone speaking on His behalf.

The gospel blasts across several blocks in the firm lilt of a Cari-bb-e-an accent. So too, does the memory of the eighties as It must have been love but it’s over nowowowow belts away from the shaded door of the local shop.

And from the bright building up on the hill I hear the edgy sweet ripples of a Caribbean steel band.

A wide lawn leads up to the low white building and I feel like a flip-flopped version of the children of Hamlin, seduced by the sound and drawn towards danger.

At the doorway, I have to stop. A young woman, tall, bright eyed and swaying with the beats looks me right in the eye.

I try to speak but the moment’s not right. She watches me; I watch her and try to smile.

I step a little closer.

The band, whose foot dancing rhythms beguiled me with their complexity, consists of children. Nimble-footed girls at the front, older children in the middle and a mix of ages at the back. They pulse from one foot to another, perspiration on their brows, concentration in their eyes.

I just can’t believe my luck. I snatch a nod of acceptance from their teacher and I’m in, standing in silence at the back, taking it all in, glowing with gratitude. The front row, it seems, are the sopranos. They have the smallest drums in the shiniest condition. Another few rows follow with larger drums – and drummers – and in the far left corner, each child stands surrounded by turquoise metal barrels – one for each note.

A blackboard at the front gives instructions via two columns of chalk. I can read music – but beyond the keys of the piece, I can’t read this.

It’s joy to my ears but it seems that the practice isn’t going too well.

The teacher, whom I later discover is called Colette, is far from impressed.

“No, no, no,” she cries, halting proceedings by silencing her own drumkit.

“Marvin* and Carlton you are doin’ it wrong.

They try again and this loop of conversation repeats for a while, allowing one of the “bass” boys to leave his drums and slink towards me. He’s fascinated by my camera and makes me run through a brief photo shoot.

They practice four times a week, I learn, in the build up to carnival, some time later in July. Marlon* has been playing since he’s seven; he’s now ten years old.

The music returns and he scampers back to his drums.

Later, I meet three girls at the front. They hold smaller percussion instruments and one is periodically swept up in the arms of Colette and given a kiss.

They too are fascinated by the camera. They want to know my name and they want me to take their picture. As the practice gets underway again, Daisy, Carice and Kendra*, concoct a dance routine at the front of the hall. I get treated to frog hopping, catwalk shimmies and robotic moves, not to mention a whole dose of wholesome hilarity.

It’s one of the happiest ways to spend a morning.­­

The Other Way Around

It gets me to thinking about life in my home country, where such a pure celebration of life and music would be simply inconceivable. If this situation took place in the UK, I’d probably be arrested.

But I don’t want to waste time thinking about what the UK doesn’t have.

I want to savour, bottle and capture the experience forever.

I want to commit those musical notes to memory and to carry the lilt and the lightness of the children’s spirit with me as I walk back home.

On that quiet street in the midday sun in Canouan Island, it’s easy. Disclosure: I visited St Vincent’s and the Grenadines as a guest of DiscoverSVG. As ever, as always, I am free to write what I want and what I really think. Have you ever heard a steel band play live? Or stumbled into a situation where people made you feel welcome on your travels? 21 of the Best Things to do in Tortola, the British Virgin Islands 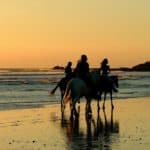 22 thoughts on “Where I Went Wrong in the Grenadines”

21 of the Best Things to do in Tortola, the British Virgin Islands